As you’re probably aware, Ontario is currently in the middle of a Provincial election. It is the first time in almost 10 years that I have been involved in a campaign only marginally.  I am volunteering for my local candidate, Jonah Schein (pending Ellie cooperation) at least once a week, but am not completely steeped in the campaign every waking moment, not by a long shot. 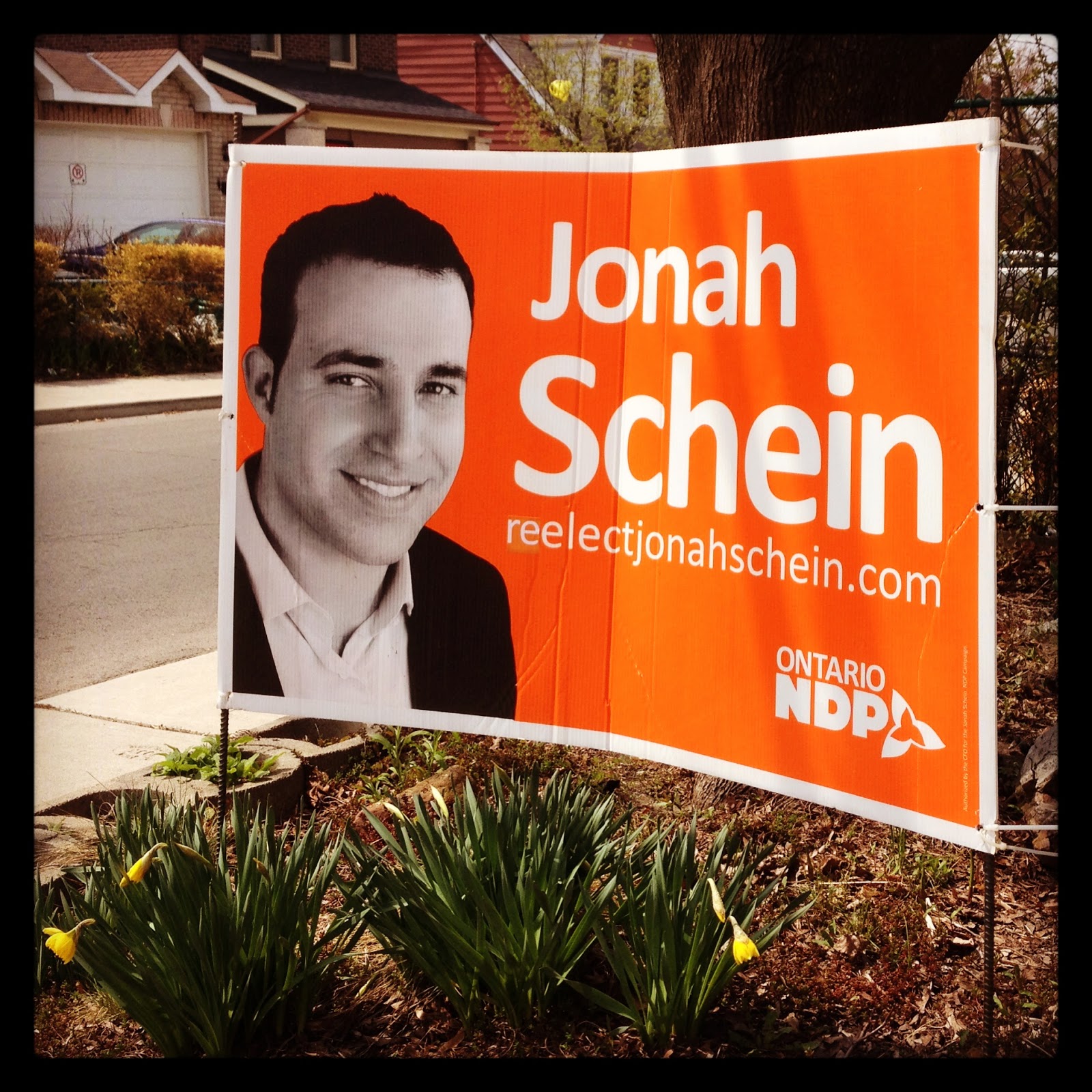 With this, comes an almost crushing sense of guilt, which is irrational, I know, but cannot be helped. In a lot of ways, political activists seem to have an unspoken competition with one another during election campaigns – who can sleep less, eat less, basically drive themselves towards an early grave faster. It was honestly kind of fun in some ways. Definitely exhilarating.

The environment I worked in undoubtedly has had an impact on my health in the long term. One of the reasons that I began practicing yoga is for the stress reduction aspect – I spent my 30th birthday in the ER after experiencing severe chest pains that turned out to be an anxiety attack. I had numb patches in my legs that were so bad that I was tested for MS – it turned out to be nothing more than nerve compression related to muscle tension. It was crazy. It also forced me to take a good long look at how I treated myself, and led to me being much more conscious of how I treated my body and what kind of pressure I put myself under.

While this health crisis did make me change the way I approached my work, it remained a very busy and draining way to make a living - especially during campaigns. Campaigns meant 60-70 hour weeks (at least) and the highest highs mixed with the lowest lows. That’s just the way it was.  Observing a campaign now as a citizen (albeit highly engaged) instead of staffer is a really strange sensation. It’s very, very quiet.

At the end of the day, I am going to make an effort to let go of guilt and to absorb the experience as a citizen rather than as a staffer – do only what I’m able to and no more, and to allow my life and it’s needs to remain a priority for the first time in a loooong time.
Posted by msdanielleanne at 17:23