So, it’s been awhile. That was predictable. It was a busy month – my sister in law got married in BC so that involved a cross-country trip with a small baby and all the related preparation and recovery afterwards.

But truthfully, it was more than that. Lately I haven’t really wanted to reflect on things, or write about things. I've been pretty down, so reflecting on things ain’t my jam at the moment. I’ve tried getting more sleep, going to a mom’s support group, and some other self-care techniques recommended when you’re trying to raise a tiny human and your brain is ready to ooze out through your ears.

It's helped a bit, but realistically, I know it's going to take me quite some time to get back to my old self - that's what happens with post-natal depression. There's no quick fix. But you can find moments of motivation. I'm still bummed. But I’ve been slightly kicked back into gear by a book, of all things.

For those of you who don’t know, Anthony Bourdain is the bad boy of the North American culinary scene. He spent years working in restaurant kitchens, is a recovering drug addict, and has traveled all over the world in search of amazing meals. His current TV program, Parts Unknown, involves him trekking all over the world and exploring the local culture through food, history, and sometimes politics. It’s super interesting and totally devoid of bullshit, and usually involves him getting a little tipsy.

Time to start cooking like I mean it again. Here’s the most recent share-worthy creation: 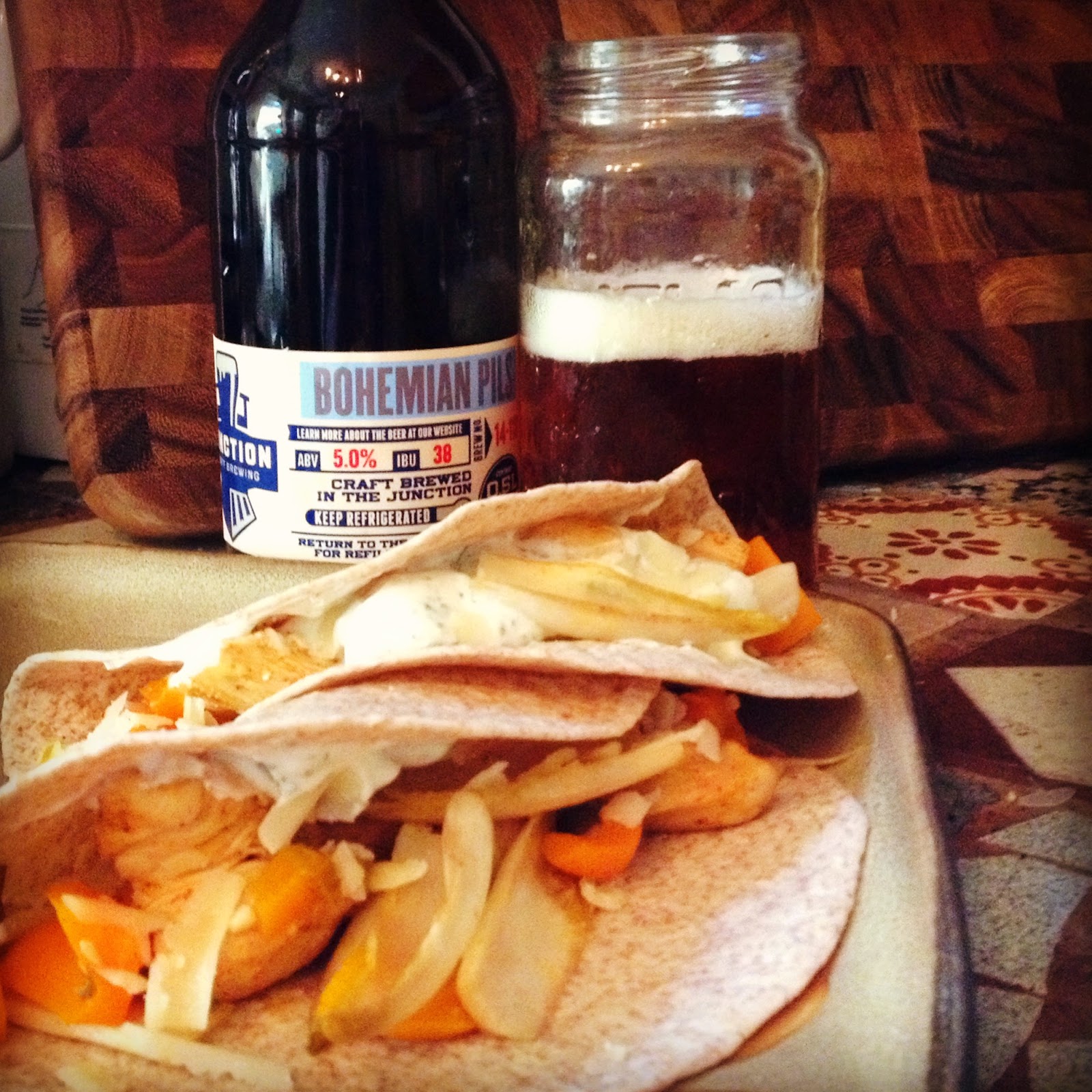 Whisk Sriracha sauce, olive oil, garlic, lemon and lime juice, chili powder, cumin, and liquid smoke into a marinade. Chop the chicken breasts into small chunks and add to marinade. Let the chicken marinate for 2 hours in the refrigerator.

Add chicken, marinade and all, to a frying pan and cook on medium heat until chicken is cooked through. Add orange pepper and onions, and cook until they begin to let off moisture.  Drain off the excess moisture and marinade from the pan, return to low heat, and add the endive. Cook until endive just begins to wilt.

Stir together the yogurt, cilantro and thyme and set aside.

Warm tortillas in the oven until soft.

Assemble tacos and top with cheddar and yogurt.

Serve with a good local beer. The Junction Brewery is a current favourite.
Posted by msdanielleanne at 18:12